Skip to main navigation Skip to main content
AMCP We're the people who help patients get the medications they need at a cost they can afford. Join Us Close

Celebrating its 25th anniversary this year, JMCP publishes research and expert commentaries on clinical and economic outcomes of pharmacy services and pharmaceutical interventions. The new editors will curate articles for JMCP’s Perspectives series, which features expert commentary on contemporary issues in managed care pharmacy in a point/counterpoint fashion, as well as commentaries on economic value summaries written by the Institute for Clinical and Economic Review.

“Interest in JMCP-published research has skyrocketed in recent years as health care leaders seek evidence-based solutions that will ensure patient access to needed medications while also controlling overall costs,” says AMCP CEO Susan A. Cantrell, RPh, CAE, who serves as publisher of JMCP. “Our publication has become one of the most influential journals in the health-economic pharmacy space. We are delighted to see the corresponding need for additional editorial support.”

Carrie McAdam-Marx, MS, PhD, RPh, Professor, Department of Pharmacy Practice and Science, University of Nebraska Medical Center College of Pharmacy: Dr. McAdam-Marx is a pharmacotherapy health services researcher. Her research helps to establish the effectiveness and value of pharmacist-led comprehensive medication management in primary care, as well as the real-world effectiveness and value of diabetes drug therapies. Her goal is to help improve patient outcomes by generating evidence to support decisions related to access and optimal use of medications. Dr. McAdam-Marx has a B.S. in Pharmacy from the University of Kansas, an M.S. in Hospital Pharmacy from the University of Minnesota, and a Ph.D. in Health Policy from the University of the Sciences Philadelphia. She is an active member of ASHP, and as an officer in the AMCP Utah Affiliate. She has been a member of the JMCP Editorial Advisory board since 2016 and was chair in 2018-19. 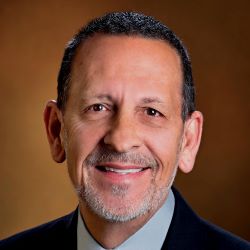 Michael T. Rupp, BPharm, PhD, FAPhA, Professor of Pharmacy Administration, Midwestern University – Glendale, Ariz.:  Having practiced pharmacy in both community and institutional settings, Dr. Rupp’s academic career has emphasized the study of contemporary issues in pharmacy practice. He has been active in evaluating the cost and effectiveness of pharmacist care services and improving the quality and safety of technologies such as electronic prescribing and computer-assisted drug utilization review in the ambulatory pharmacy practice. Dr. Rupp also has contributed significantly to the development of electronic data interchange with which pharmacists may efficiently document professional services. He earned a B.S. in pharmacy from the University of Kansas and his Ph.D. in pharmaceutical administration and health policy from The Ohio State University. He is the recipient of various awards and honors, and is a fellow of the Academy of Pharmaceutical Research and Science of the American Pharmacists Association.

“We are fortunate to welcome researchers of this caliber to our already impressive roster of editors,” says JMCP Editor-in-Chief Laura E. Happe, PharmD, MPH. “They have the breadth and depth of knowledge that will allow JMCP to remain one of the country’s leading sources of influential research into managed care pharmacy issues. Their addition also ensures JMCP will remain the go-to, peer-reviewed journal for researchers seeking a fast and fair author experience.”

The average time it takes JMCP to make a first decision on author submissions is six weeks, including peer review, a pace well above similar journals. Authors also have the option of selecting Express E-publication to get their articles published within five weeks after acceptance. At the same time, JMCP has continued to raise its influence among peer journals. JMCP has an impact factor of 3.02, meaning the average article in JMCP was cited 3.02 times by other researchers, placing JMCP near the top 20 percent of all health science journals.

The Journal of Managed Care & Specialty Pharmacy publishes peer-reviewed original research manuscripts, subject reviews, and other content intended to advance the use of the scientific method, including the interpretation of research findings in managed care pharmacy. The official publication of AMCP (www.amcp.org), JMCP is dedicated to improving the quality of patient care by providing its readers with the results of scientific investigation and evaluation of clinical, health, service, and economic outcomes of pharmacy services and pharmaceutical interventions, including formulary management. www.jmcp.org.